Skip links
By Kathy Schiffer
Ave Maria Radio
Today the USCCB released a new video which reiterates Catholic objections to the Obama Administration’s controversial HHS Mandate.  Through the stories of three women, the video explains why all Americans should be upset about this threat to our First Amendment liberties.
Despite the Administration’s assurances that the conscience rights of individuals will be protected, they just can’t get it right. 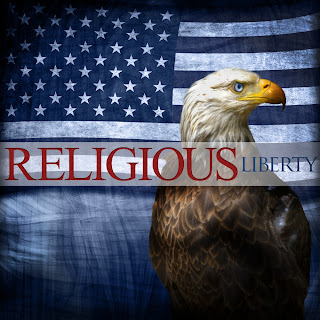 Speaking in early July, Cardinal Timothy Dolan of New York, president of the U.S. Conference of Catholic Bishops, reported that the U.S. Department of Health and Human Services’ final rule—which was made public on June 28—does not appear, on first analysis, to eliminate “the need to continue defending our rights in Congress and the courts.”  As it did from the start, the Mandate still requires employers to offer employee health insurance for contraceptives, including abortion-causing drugs, and female sterilization, even when doing so violates their conscience.
Cardinal Dolan  listed three areas of concern based on the March 2012 statement of the Administrative Committee, United for Religious Freedom:
“We are concerned as pastors with the freedom of the Church as a whole—not just for the full range of its institutional forms, but also for the faithful in their daily lives—to carry out the mission and ministry of Jesus Christ,” Cardinal Dolan said.
A first concern with the definition of “religious employer,” and the third concern with faithful business owners and other individuals, still have not been addressed at all.The second area of concern—the “accommodation” for religious charities, schools, hospitals, and other ministries of service—appears mostly the same, except for three relatively small changes that will require more time and analysis to evaluate.
The statement noted that the Conference “will have more to say when this aspect of our analysis is completed.”
The U.S. Bishops invite Catholics and all concerned citizensto join in praying this prayer for the protection of conscience rights in health care.

Prayer For Protection Of Conscience Rights In Health Care

Father, in Jesus our Lord, we praise and thank you for your most precious gift of human life and for forming us in your divine image. Keep us, the dwelling place of your most Holy Spirit, ever healthy in body and soul.

Jesus, Divine Healer, pour your grace upon all those afflicted with illness or disease.  Protect from all harm those who are vulnerable due to sickness, suffering, frailty, poverty or age, whether elderly or unborn.

Holy Spirit, touch the hearts of all who serve human life in medicine and science, so they will  protect the dignity of each person, from conception to natural death, and remain faithful advocates of all entrusted to their care.

Grant those who are called to serve as health care providers renewed conviction in their ministry, and increased wisdom to treat the whole person, and not merely the illness.

Protect the right of health care providers to serve their patients without being forced to violate their moral and religious convictions. Guard them against discrimination, that they might be free to follow you faithfully while fulfilling their professional duties.

Grant our lawmakers the wisdom and courage to uphold conscience rights for those called to the ministry of healing, and help them resist the pressure to become collaborators in the culture of death.

Give us strength to be bold and joyful witnesses to the truth that every human life is sacred.In your goodness, guard our freedom to live out our faith and to follow you in all that we do.

Father, we ask this in Jesus’ name, through the Holy Spirit.  Amen.