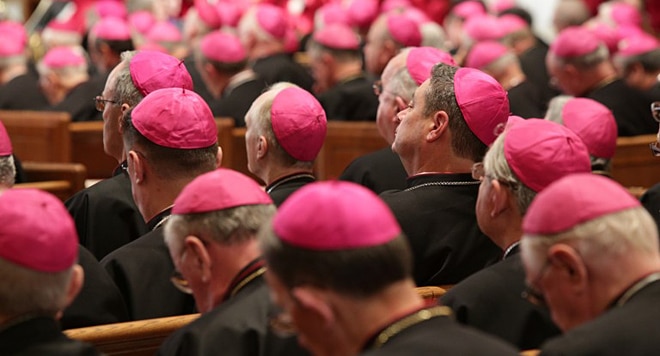 Immediately after the U.S. bishops almost unanimously passed a package of four key measures to address the abuse and accountability crisis in the Church in the United States, Cardinal Daniel DiNardo, the president of the U.S. Conference of Catholic Bishops, pointedly commented that the new initiatives were “a work in progress,” not a final product.

Meeting in Baltimore at their June 11-14 spring assembly, the U.S. bishops moved to initiate implementation of a concrete response following a year of shocking revelations that included former Cardinal Theodore McCarrick’s sexual abuse of minors and seminarians and, more recently, the allegations of financial abuse and sexual harassment by West Virginia Bishop Michael Bransfield.

The most significant new measure is a set of directives that provides for “the utilization of a national third-party reporting system” for abuse complaints; underscores the “requirement to provide pastoral care” to abuse victims; encourages “the utilization of proven experts chosen from among the laity”; and affirms the oversight responsibility of the metropolitan bishop as well as recognizes the “competence of each ecclesiastical province” to allocate costs for the investigation of reports.

A second measure, entitled “Acknowledging Our Episcopal Commitments,” called for the bishops to make a commitment to apply the standards of the 2002 Charter for the Protection of Children and Young People, known as the “Dallas Charter,” and the USCCB “Essential Norms” to themselves, as they already were applied to priests and deacons. Cardinal Joseph Tobin of Newark, New Jersey, explained June 11 that this commitment would be “moral” rather than “legal,” as certain parts of the charter and norms wouldn’t apply to the bishops, such as the issuance of a letter of suitability by the bishop that is required for priests.

Another measure outlines the protocol for nonpenal restrictions on retired or removed bishops who have committed offensive acts. This includes allowing a diocesan bishop to impose limitations on a disgraced bishop to limit his public ministry. The measure also stipulates that the USCCB president can disinvite such a bishop from participation in USCCB events.

This measure could apply in cases that have occurred recently, such as the presence of disgraced Los Angeles Cardinal Roger Mahony at USCCB events, including the 2018 fall assembly. Some also noted the presence of Bishop Robert Finn at the June meeting despite his resignation in 2015 as bishop of Kansas City-St. Joseph, Missouri, after being convicted of failing to report suspected child abuse.

They also passed a measure authorizing the establishment of the national third-party reporting system, to be activated by May 31, 2020, for victims to confidentially report abuse cases in accordance with the provisions of Pope Francis’ recent apostolic letter Vos Estis Lux Mundi (You Are the Light of the World).

Archbishop Salvatore Cordileone of San Francisco told the Register that the near-unanimous nature of the voting on the measures spoke to how important they are to the bishops.

“Working out details is always a discussion that has to be had, and there are more details to be worked out that we’re entrusting to the executive committee, but I think the general sense of the direction we’re moving in — there’s very strong, practically unanimous support,” he emphasized.