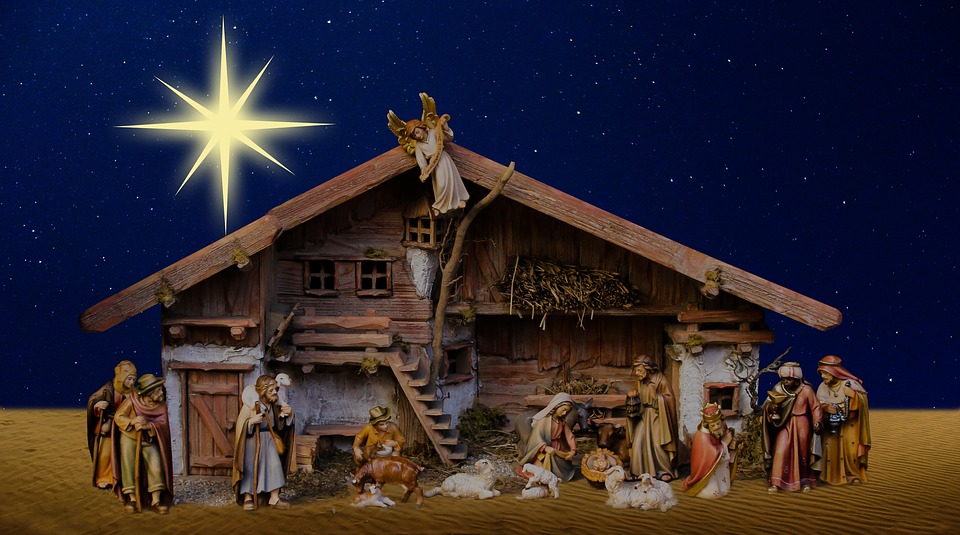 During Christmas week we do well to ponder certain questions about the Incarnation and birth of our Lord. The questions are taken from St. Thomas Aquinas’s Summa Theologica.

Whether Christ was born at a fitting time? (Summa Theologica III, q. 35, art. 8)

There is this difference between Christ and other men, that, whereas they are born subject to the restrictions of time, Christ, as Lord and Maker of all time, chose a time in which to be born, just as He chose a mother and a birthplace. And since “what is of God is well ordered” and becomingly arranged, it follows that Christ was born at a most fitting time.

This argument is based on the authority and sovereignty of God. Simply put, God was free to choose a time; whatever God does is properly ordered and best, thus the time chosen by God was most fitting.

Moreover, at that time, when the whole world lived under one ruler, peace abounded on the earth. Therefore, it was a fitting time for the birth of Christ, for “He is our peace, who hath made both one,” as it is written (Ephesians 2:14). Wherefore Jerome says on Isaiah 2:4: “If we search the page of ancient history, we shall find that throughout the whole world there was discord until the twenty-eighth year of Augustus Caesar: but when our Lord was born, all war ceased”; according to Isaiah 2:4: “Nation shall not lift up sword against nation.”

The claim made that all was at peace at that time is rather sweeping and bold. Does St. Thomas mean that there was peace everywhere, even within households? We need not interpret it in such absolute terms. Instead, the claim can be understood more generally to mean that there were no known military campaigns underway or necessary at the time. During the roughly 200-year Pax Romana (27 B.C. – 180 A.D.) it is not that there were no threats to peace and no civil disturbances anywhere in the Roman Empire.

Again, it was fitting that Christ should be born while the world was governed by one ruler, because “He came to gather His own [Vulgate: ‘the children of God’] together in one” (John 11:52), that there might be “one fold and one shepherd” (John 10:16).

This is another surprising and sweeping claim, at least to modern ears. We tend to think of “one shepherd” as a reference to a religious leader, e.g., the Pope. Remember, though that today’s sharp distinction between secular and sacred leaders was largely unknown in the Middle Ages and earlier; back then, faith and governance were quite intertwined. Further, in saying that “the world” was governed by one ruler, St. Thomas has in mind the Roman Empire. He does not use “world” in a literal and absolute sense, but rather a large section of the known world.

Whether Christ should have been born in Bethlehem? (Summa Theologica III, q. 35, art. 7)

It is written (Micah 5:2): “And thou, Bethlehem, Ephrata … out of thee shall He come forth unto Me, that is to be the ruler in Israel.”

Christ willed to be born in Bethlehem for two reasons. First, because “He was made … of the seed of David according to the flesh,” as it is written (Romans 1:3); to whom also was a special promise made concerning Christ; according to 2 Samuel 23:1: “The man to whom it was appointed concerning the Christ of the God of Jacob … said.” Therefore, He willed to be born at Bethlehem, where David was born, in order that by the very birthplace the promise made to David might be shown to be fulfilled. The Evangelist points this out by saying: “Because He was of the house and of the family of David.” Secondly, because, as Gregory says (Hom. viii in Evang.): “Bethlehem is interpreted ‘the house of bread.’ It is Christ Himself who said, ‘I am the living Bread which came down from heaven.’”

Read more at Archdiocese of Washington.