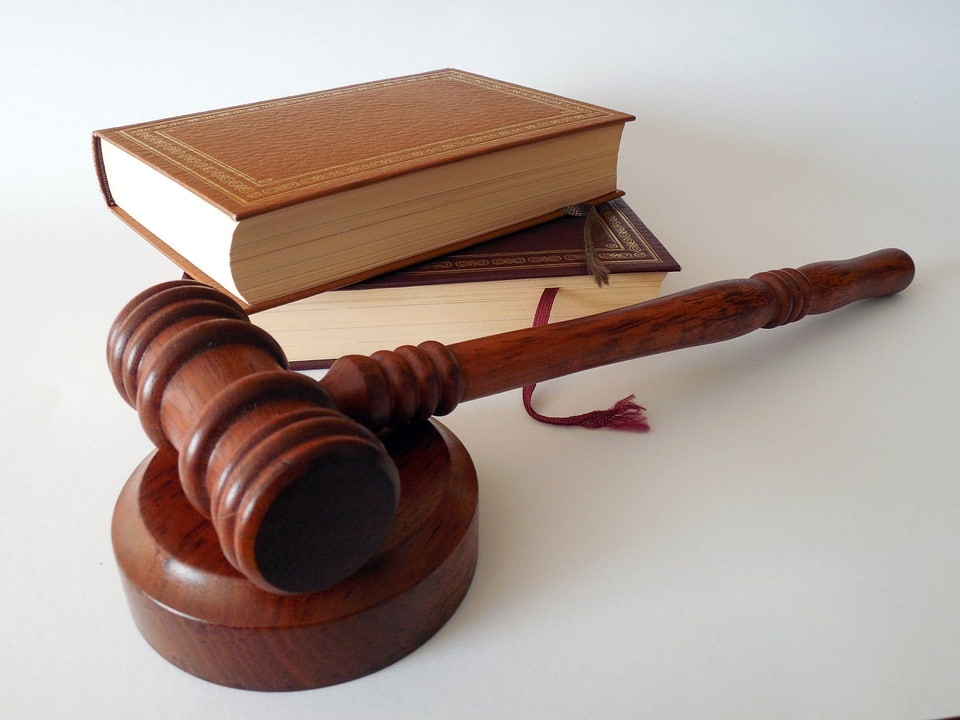 In response to resurging revelations and allegations of clergy sex-abuse cover-ups in the Catholic Church after the release of the Pennsylvania grand jury report, law enforcement in a growing number of states are initiating their own investigations.

Attorneys general in New Jersey, New York, Maryland, Vermont, Illinois, Missouri, Michigan, Nebraska and New Mexico have already begun probes into diocesan responses to allegations of sexual misconduct through a variety of means, including issuing subpoenas, forming special task forces and asking for full disclosure of diocesan documents. In addition, local police in Wyoming have reopened a case against a former bishop. It is likely that more states will follow suit, as Florida and Kentucky attorneys general have made first steps toward beginning a formal inquiry. Each diocese has stated that it will cooperate with authorities.

In addition, Sept. 24, Archbishop William Lori of Baltimore disclosed that the archdiocese had been in discussions with Maryland’s attorney general about an investigation. In a letter to his clergy, Archbishop Lori stated that “the archdiocese is supportive of the review and will be fully cooperative throughout the process.”

The results of such extensive excavations into the history of clergy abuse in the Catholic Church remain uncertain, as a large proportion of the cases are likely decades old. Only twoof the 301 accused priests in the Pennsylvania report have faced charges, and compensation to victims through civil litigation is unlikely due to statutes of limitations.

According to The New York Times, New York Attorney General Barbara Underwood has issued civil subpoenas to all eight dioceses in the state and is working with local district attorneys who have the ability to form grand juries, while New Jersey Attorney General Gurbir Grewal is appointing a special task force as part of a criminal investigation. In Kentucky, the attorney’s general office is asking the state Legislature to grant him the authority convene a grand jury.

The attorneys general in Illinois, New Mexico and Nebraska have not yet formally invoked their subpoena power, opting to allow the bishops to comply with their requests for meetings with diocesan officials and access to internal records. In most other states, the attorneys general have stated they currently lack jurisdiction in these matters or have declined to comment on potential or pending probes.

Missouri Attorney General Josh Hawley was the first to announce the launch of an investigation after the release of the Pennsylvania grand jury report, despite claiming he has neither the subpoena nor prosecuting power of local law enforcement. Archbishop Robert Carlson has offered Hawley “unfettered access” to the Archdiocese of St. Louis’ confidential files, reflecting a call by Boston Cardinal Seán O’Malley, chairman of the Pontifical Commission for the Protection of Minors, for dioceses to share their documents as requested by civil authorities.

However, cooperative arrangements like that reached in Missouri have been met with skepticism by some victims’ advocates who question whether dioceses will be fully forthcoming without the force of subpoenas. Hawley stated at a news conference that his ability to conduct an investigation, release a report of his findings and refer cases to local district attorneys will not be compromised.

“We will hold the dioceses accountable to follow through on their promise to provide everything we could obtain if we had subpoena power,” Hawley’s communication director, Mary Compton, further insisted in a statement to the Register.

Sandra Price, executive director of the Archdiocese of St. Louis Office of Child and Youth Protection, told the Register in an interview that she welcomes the Missouri attorney general’s investigation as an opportunity to show the public the progress that has been made regarding how allegations of sexual misconduct are handled by the Catholic Church.

“I’m actually quite relieved that [the Missouri attorney general] is coming because I want people to be reassured and want them to know that we’re doing the right thing now,” said Price.

At the time of the 2002 sex-abuse scandals, which centered on the abuse of minors, the U.S. Conference of Catholic Bishops adopted the Charter for the Protection of Young People, a standardized protocol that all dioceses in the country must follow to respond to allegations of clergy misconduct with minors. Price said that the Archdiocese of St. Louis is mandated by the charter to promptly report new allegations of sexual misconduct to local law enforcement, conduct background checks and maintain lay-led review boards.

As part of these reforms, each diocese in the country is also required to submit any “credible” allegations received to the U.S. Conference of Catholic Bishops for an ongoing tally that builds on a 2004 report by the John Jay College of Criminal Justice, which concluded that at least 4,392 clergy — about 4% of Catholic clergy during that time period —  were accused of sexual misconduct with minors between 1950 and 2002. According to the Center for Applied Research in the Apostolate (CARA) at Georgetown University, an average of seven reports per year were received regarding incidents that were alleged to have occurred between 2015 and 2017.

“I can’t speak to pre-2002,” said Price, who promised to fully cooperate with authorities in their investigation of the Archdiocese of St. Louis. “Obviously, that’s going be upsetting information if it’s released, but post-2002, we are committed to preventing child sexual abuse, and we’ve been … taking a lot of steps since that time to ensure that kids are safe.”

Catholic League president Bill Donahue expressed dismay in an interview with the Register that the demands for total transparency have led dioceses to deliver to authorities documentation of accusations going back decades, as many of the accused are likely dead and cannot rebut the charges.

“The idea of just opening up your files and turning them over to people is reckless, and it’s totally unfair to the accused,” said Donahue. The Catholic League filed a brief with the Pennsylvania Supreme Court Sept. 21 in support of keeping the redacted names of more than a dozen clergy in the Pennsylvania grand jury report secret.

Donahue said that as sexual misconduct is a widespread problem beyond the clergy, he is concerned that the attorneys general investigations, and how they are conducted, may unfairly single out the Church.

“I’m not opposed to any type of probe of the Catholic Church on the issue of the sexual abuse of minors, providing that all other religions and public institutions are subjected to the same scrutiny. To do otherwise smacks of bigotry,” said Donahue.

Donahue argued that reforms already taken in the United States have largely been effective in addressing the sexual abuse of minors, pointing out that the Church has worked in many cases to reveal and reprimand predators even if civil authorities cannot pursue prosecution. For example, credible allegations against then-Cardinal Theodore McCarrick were discovered after a former altar boy came forward to the Archdiocese of New York. McCarrick is unlikely to be sued or prosecuted for his alleged crimes, as the statutes of limitations have expired, but he resigned as a cardinal and will face an ecclesiastical trial by the Holy See.

As the public attention has not guaranteed the perpetrators or those who covered for them are held criminally accountable, nor that the victims receive recompense, lawmakers in New York and Pennsylvania have introduced legislation to provide victims of clergy abuse a window to file claims after the statute of limitations on their case runs out. In both states, the proposals have been opposed by Church leaders out of fears dioceses would be submerged in a wave of claims. In states like Delaware and Minnesota that have previously adopted such measures, some dioceses declared bankruptcy because their insurance could not cover the exposure to liability.

Michael Moreland, a professor of law and religion at Villanova University in Pennsylvania, said he has concerns as to whether the legislation to allow for such retroactive claims would be permitted by the state constitution and if the tort litigation system is the best means to settle grievances.

“In the end, it’s an inefficient way for the victims to be compensated,” said Moreland, who thought victims’ compensation funds set up by the dioceses themselves would be “a better alternative.” The Archdiocese of New York has paid approximately $60 million to nearly 300 individuals in the past two years out of their victims’ compensation fund, and the Pennsylvania bishops are backing a similar proposal over opening themselves to lawsuits.

Moreland said that given the limited ability for the civil legal system to address the “gross failures of accountability” regarding many instances of sexual misconduct by clergy, “It would be unfortunate if the state or the government had to be the only mechanism prodding the Church to clean up its own corruption.”

“The responsibility should be on the Church and leaders of Church … to act in a proactive manner to clean up the corruption in the Church and not having to wait around for state attorneys general or district attorneys or tort plaintiffs to force them to do it.”

Christine DiNovo, co-chair of the Rochester Catholic Women’s Conference in New York, has provided resources and support to members of the lay organization who have been scandalized by the recent reports of clergy sexual misconduct.

DiNovo told the Register in an interview that the current legal efforts are a much-needed step toward transparency and accountability, even if they may fall short of the justice many sexual-abuse victims may seek.

“I think many of us are cheering that this is happening,” said DiNovo. “Not because we are happy about it, but because we love the truth, and we want the truth to come out so that this mess can get cleaned up.”