Manual lists people concerned with “individual liberties, states’ rights, and how to make the world a better place” as potential extremists

Conservative watchdog group Judicial Watch recently obtained a Department of Defense training manual which lists people who embrace “individual liberties” and honor “states’ rights,” among other characteristics, as potential “extremists” who are likely to be members of “hate groups.” 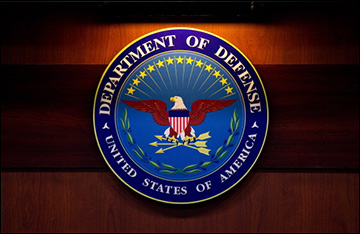 Marked “for training purposes only,” the documents, obtained Thursday through a Freedom of Information Act request submitted in April, include PowerPoint slides and lesson plans, among which is a January 2013 Air Force “student guide” distributed by the Defense Equal Opportunity Management Institute simply entitled “Extremism.”

Judicial Watch’s FOIA request asked for “Any and all records concerning, regarding, or related to the preparation and presentation of training materials on hate groups or hate crimes distributed or used by the Air Force.”

As the group notes, “The document defines extremists as ‘a person who advocates the use of force or violence; advocates supremacist causes based on race, ethnicity, religion, gender, or national origin; or otherwise engages to illegally deprive individuals or groups of their civil rights.’”

The manual goes on to bar military personnel from “active participation” in such extremist organization activities as “publicly demonstrating,” “rallying,” “fundraising” and “organizing,” basically denying active-duty military from exercising the rights they so ardently fight to defend.
It begins its introduction of a section titled, “Extremist ideologies,” by describing the American colonists who sought independence from British rule as a historical example of extremism.

“In U.S. history, there are many examples of extremist ideologies and movements. The colonists who sought to free themselves from British rule and the Confederate states who sought to secede from the Northern states are just two examples,” according to the training guide.

In a section drawing inspiration from a 1992 book titled “Nazis, Communists, Klansmen, and Others on the Fringe: Political Extremism in America,” the manual also lists “Doomsday thinking” under “traits or behaviors that tend to represent the extremist style.”

Extremists often predict dire or catastrophic consequences from a situation or from a failure to follow a specific course, and they tend to exhibit a kind of crisis-mindedness. It can be a Communist takeover, a Nazi revival, nuclear war, earthquakes, floods, or the wrath of God. Whatever it is, it is just around the corner unless we follow their program and listen to their special insight and wisdom, to which only the truly enlightened have access. For extremists, any setback or defeat is the beginning of the end.

“Nowadays,” the manual explains, “instead of dressing in sheets or publicly espousing hate messages, many extremists will talk of individual liberties, states’ rights, and how to make the world a better place.”

Judicial Watch also acknowledges the Southern Poverty Law Center “is listed as a resource for information on hate groups and referenced several times throughout the guide,” even though the group itself was directly responsible for a “hate crime” perpetrated on the Family Research Council after it was listed on the SPLC’s “hate map.”
…….

It can no longer be denied that military and local law enforcement crosshairs have gradually been realigned from targeting phantom terrorists overseas to targeting domestic “extremists,” a broad, all-encompassing term that accommodates anyone generally challenging or questioning the status quo.
As Judicial Watch notes, although the documents were obtained through the Air Force, the fact that they originated in a DOD office means they have likely been distributed throughout the government’s various agencies.

Judicial Watch president Tom Fitton concluded that the documents fall in line with the Obama administration’s “nasty habit of equating basic conservative values with terrorism,” and that the language closely “echoes the IRS targeting language of conservative and Tea Party investigations.” “And now… its Defense Department suggests that the Founding Fathers, and many conservative Americans, would not be welcome in today’s military… After reviewing this document, one can’t help but worry for the future and morale of our nation’s armed forces.”