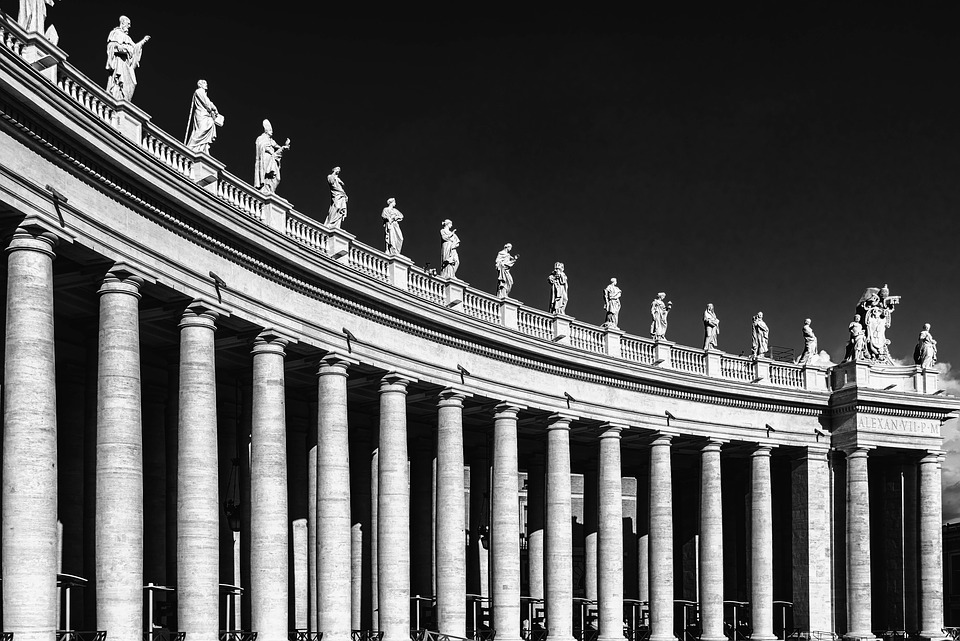 In the Acts of the Apostles, one of the earliest issues the Church had to confront was the admission of Gentile converts into the Christian faith (cf. Acts 15). There were differing views regarding whether converts needed to abide by the law of Moses and be circumcised first in order to become a Christian.

The first bishops of the Church met in Jerusalem to discuss the matter. A final decision was made after much debate and as a result, Gentile converts were no longer required to be circumcised or follow various aspects of the law of Moses.

This meeting of bishops has since been called the “Council of Jerusalem” and was seen as a prototype for all gatherings of bishops where decisions had to be made for the benefit of the Church. The latest of these “councils” was the Second Vatican Council, held in the 1960s.

But over the centuries there have developed two distinct types of these gatherings of Church leaders, one called a council and another called a synod.

According to the Catholic Encyclopedia, “Councils are legally convened assemblies of ecclesiastical dignitaries and theological experts for the purpose of discussing and regulating matters of church doctrine and discipline.”

In particular, “Ecumenical Councils are those to which the bishops, and others entitled to vote, are convoked from the whole world (oikoumene) under the presidency of the pope or his legates, and the decrees of which, having received papal confirmation, bind all Christians.”

There have been roughly 21 ecumenical councils in the history of the Church. These councils are not held regularly and are only convoked when there is a major need.

An example is the First Council of Nicaea (325), where the Nicene Creed was first adopted, clarifying the Church’s belief regarding the nature of Jesus Christ. The Nicene Creed is the one we still pray each Sunday at Mass.

Most recently the Second Vatican Council (1962–1965) was convened to address the modern world and the many new challenges that the Church had to face.

The results of such meetings are binding and are far-reaching, solving issues that benefit the universal Church.

We use cookies on our website to give you the most relevant experience by remembering your preferences and repeat visits. By clicking “Accept All”, you consent to the use of ALL the cookies. However, you may visit "Cookie Settings" to provide a controlled consent.
Cookie SettingsAccept All
Manage consent

This website uses cookies to improve your experience while you navigate through the website. Out of these, the cookies that are categorized as necessary are stored on your browser as they are essential for the working of basic functionalities of the website. We also use third-party cookies that help us analyze and understand how you use this website. These cookies will be stored in your browser only with your consent. You also have the option to opt-out of these cookies. But opting out of some of these cookies may affect your browsing experience.
Necessary Always Enabled
Necessary cookies are absolutely essential for the website to function properly. These cookies ensure basic functionalities and security features of the website, anonymously.
Functional
Functional cookies help to perform certain functionalities like sharing the content of the website on social media platforms, collect feedbacks, and other third-party features.
Performance
Performance cookies are used to understand and analyze the key performance indexes of the website which helps in delivering a better user experience for the visitors.
Analytics
Analytical cookies are used to understand how visitors interact with the website. These cookies help provide information on metrics the number of visitors, bounce rate, traffic source, etc.
Advertisement
Advertisement cookies are used to provide visitors with relevant ads and marketing campaigns. These cookies track visitors across websites and collect information to provide customized ads.
Others
Other uncategorized cookies are those that are being analyzed and have not been classified into a category as yet.
SAVE & ACCEPT
Invite Marcus Peter to Speak

Invite Marcus Peter to Speak. Marcus Peter is available to speak to your parish, conference, school, retreat, or pro-life group.