“I remind you that your profession, in addition to being informative, is formative; it is a public service, that is, a service for the common good, a service for truth, for goodness, and for beauty.” 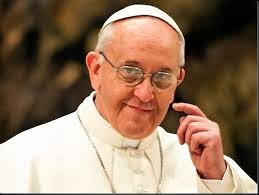 In 2014, Italy’s national radio station, RAI, is marking its 90th anniversary in radio and its 60th anniversary in television.
For the double anniversary, directors and staff of RAI were welcomed in a special papal audience this morning in the Vatican’s Paul VI Hall.
Pope Francis reminded broadcasters of their responsibility to maintain high ethical standards and to produce media that promotes human growth.  The pope expressed his appreciation for decades of thoughtful programming, noting that through RAI radio and television, Italians have always been able to access the words and images of the Pope and to follow Church events including the Second Vatican Council, papal elections, papal visits in Italy, the Jubilee Year, and the funeral of John Paul II.
Vatican Radio offered a full report:

The Pope said the keyword he wanted to highlight on the occasion of these two anniversaries is “collaboration”, in particular the decades-long collaboration between the RAI and the Vatican’s radio and television broadcasters.

The Pope also acknowledged the broadcaster’s various religious productions over the years and its role in documenting change in Italian society and in unifying Italy both linguistically and culturally.

“Recalling such a rich history of accomplishments also calls us to a renewed sense of responsibility,” he said. “I remind you that your profession, in addition to being informative, is formative; it is a public service, that is, a service for the common good, a service for truth, for goodness, and for beauty.”

The broadcaster “produces culture and education, offers information and entertainment, which at every time of day, reaches a large number of Italians.”
“It is a responsibility to which, he who is owner of a public service, cannot abdicate for any reason,” he said. “Ethical communication is, in the final analysis, the fruit of an attentive conscience—not one that is superficial—that is always respectful of people, both those about whom the information is given and of the receivers of the message. Each person (in broadcasting) in their respective role and responsibility, is called to be vigilant in order to maintain high ethical standards of communication, and to avoid those things that create much harm: misinformation, defamation and slander.”

He urged the broadcasters to “work well” and to invest trust and hope in their work, so as to communicate these values in their broadcasts. “There is so much need (for trust and hope),” he said.

He also expressed the hope that, “pursuing with determination and perseverance their objectives”, broadcasters “will know how to be at the service of human, cultural and civil growth of society.”

He concluded by wishing participants and their families a good New Year.

Cardinal Angelo Comastri, vicar general for Vatican City, celebrated mass for the attendees prior to the audience.
Share with Friends: