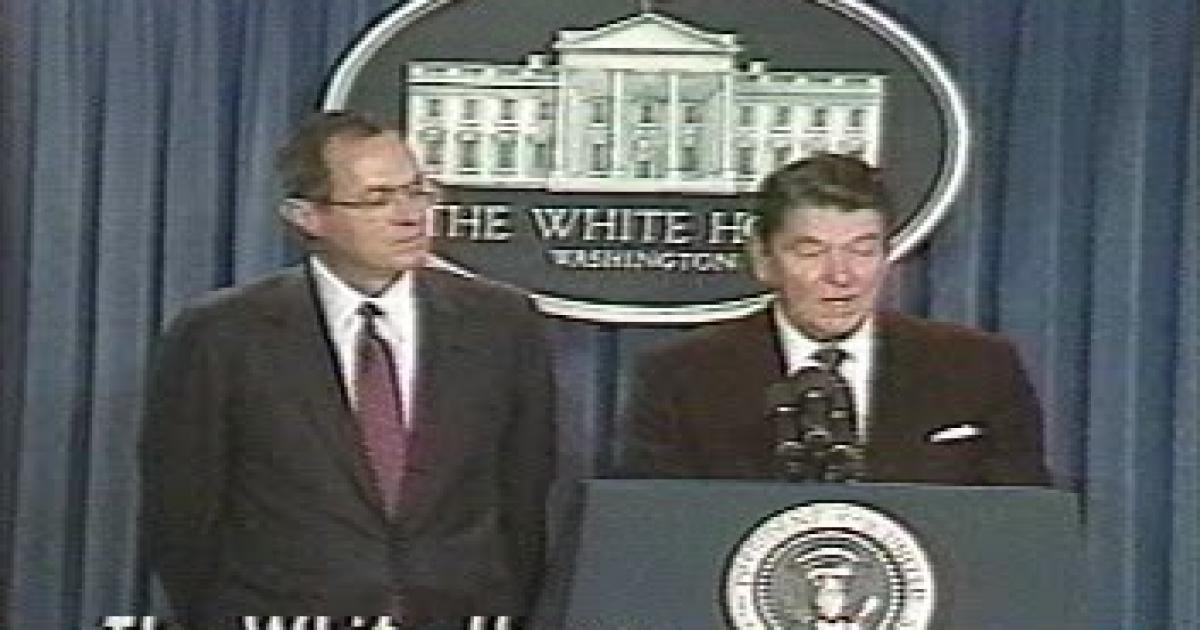 The year was 1987. It was fall. It was November 11. It had been a tough year for President Ronald Reagan. Liberals were going bonkers with Iran-Contra as a hopeful tool to destroy a great president on the verge of winning the Cold War. The media was dubbing Iran-Contra the worst mistake of Reagan’s presidency. It was not. What happened on November 11, 1987 would, in due course, constitute the worst mistake of the Reagan presidency: the nomination of Anthony Kennedy for the U.S. Supreme Court.

The Kennedy pick was supposed to calm the waters after the storm generated by the Robert Bork and Douglas Ginsburg nominations. Bork would have been a brilliant justice, but leftists savaged the man, transmogrifying him into an ugly beast — a gargoyle. Bork suffered the ignominy of the likes of Senator Ted Kennedy portraying him as “anti-woman.” A new verb was introduced into the political lexicon: the process of being “Borked.”

In the end, Anthony Kennedy got the nod, and was sworn in February 18, 1988. His subsequent 30 years of judicial decisions literally redefined things as basic as life and marriage. His calamitous three decades on the court will be followed by an endless maze of legal-cultural wars and church-state battles dealing with the disastrous dust-up of what he unleashed.

It’s ironic that Kennedy exits after having made some decent decisions in recent days, including on cultural hot-buttons like the Masterpiece bakeshop case and the California abortion case. Such decisions do not begin to redeem what Kennedy did. Among his 30 years at the Supreme Court, two especially odious decisions stand out:

The first was the June 1992 case, Planned Parenthood v. Casey, the latter being Pennsylvania’s governor, the late Bob Casey Sr., who represented something now near-extinct: a pro-life Democrat politician. Casey lost in a 6-3 vote that affirmed a constitutional right to abortion in all 50 states. This pivotal case flatly preserved Roe v. Wade. And Kennedy led the majority with one of the most breathtakingly outrageous statements in the history of jurisprudence: “At the heart of liberty,” averred Kennedy, “is the right to define one’s own concept of existence, of meaning, of the universe, and of the mystery of human life.”

To repeat: “At the heart of liberty is the right to define one’s own concept of existence, of meaning, of the universe, and of the mystery of human life.”